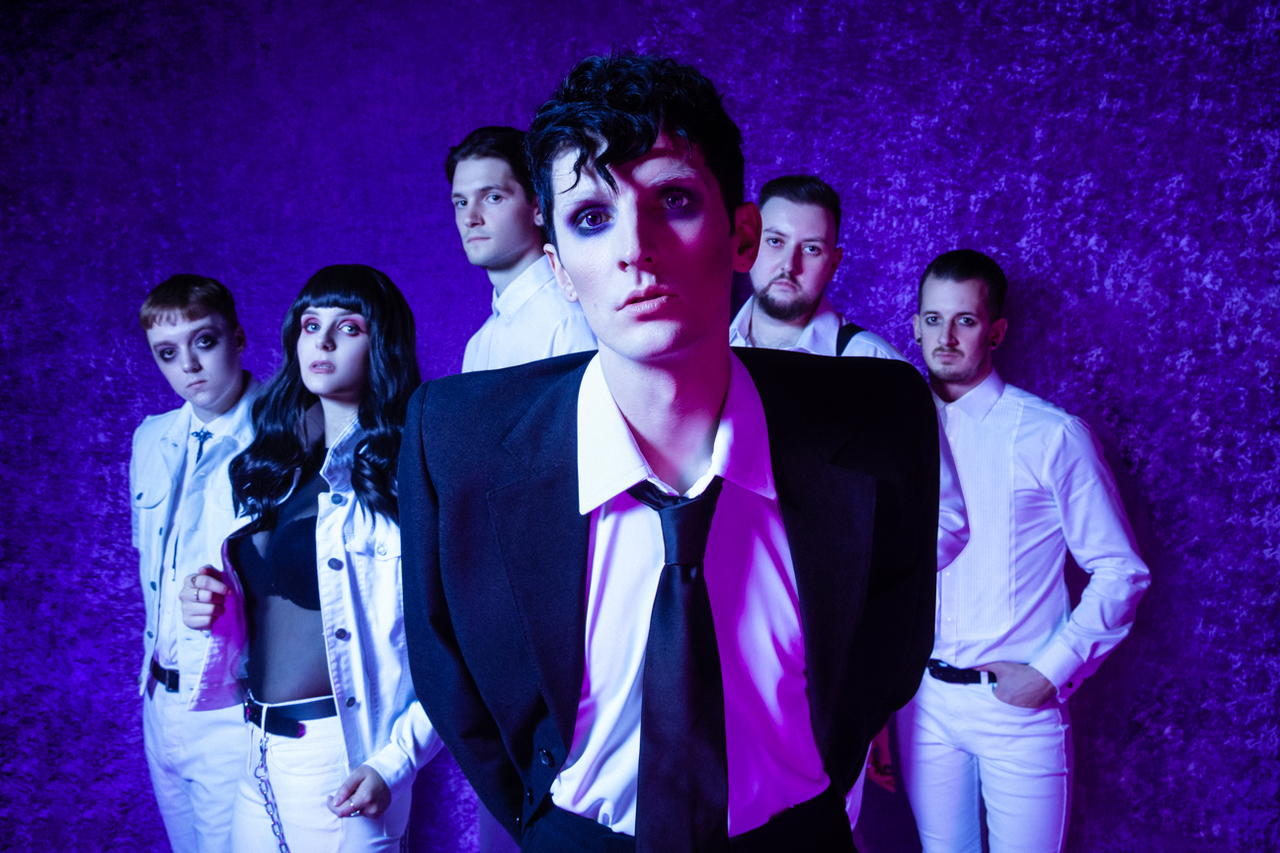 A year ago, CREEPER frontman Will Gould left the band’s hardcore fans distraught when he announced on-stage that “It’s the last show we’ll ever do” – a speech that was inspired by David Bowie’s final show as Ziggy Stardust. It closed the curtain on a phenomenal first chapter in CREEPER’s career, which elevated these black-clad outsiders into the Top 20, having earned Best British Newcomer at the Kerrang! Awards, Best New Band at the Metal Hammer Golden God Awards, and Best British Newcomer in the Rock Sound readers’ poll.

But now CREEPER are back with a bang and buoyed by a passion for reinvention. On Friday night they made a thrilling live return at 229 in London – a show that sold-out immediately, despite the band being billed under the pseudonym Fugitives of Heaven. And then last night their new single ‘Born Cold’ received its worldwide premiere and 3 plays in a row courtesy of the Radio 1 Rock Show, hosted by Daniel P Carter.

‘Born Cold’ represents an evolutionary point in the CREEPER sound. On one hand it possesses the energised punk, black-hearted romance and theatricality that made their debut album ‘Eternity, In Your Arms’ a fan favourite. Yet it also finds CREEPER moving boldly towards their second album, with a widescreen, cinematic scope that merges elements of classic Americana into their sound.

“This song is the introduction of one of the more villainous characters from our new story,” says Gould. “It was inspired by what the Thin White Duke was for David Bowie – a more selfish, narcissistic character.”

‘Born Cold’ was written and recorded during sessions in Hollywood and their hometown of Southampton.

“CREEPER was always about theatrics and cinema; as much about the aesthetic as the music,” continues Gould. “So we took it to Hollywood and made it in the shadow of some of our favourite films, where some classic records have been made, and let it become something else. In ‘Born Cold’, you can hear the DNA of the band and listen to it be transformed with the addition of some of the new elements that we’ve added to the process.”

Formed in Southampton, CREEPER continually evolved over the course of three EPs before ‘Eternity, In Your Arms’ fired into the charts at #18 – in the process exploring far beyond their punk roots with a grand overriding narrative concept and wide-ranging sonics. Fronted by Will Gould, the band also features Ian Miles (guitar), Sean Scott (bass), Dan Bratton (drums), Oliver Burdett (guitar) and Hannah Greenwood (keys/vocals).