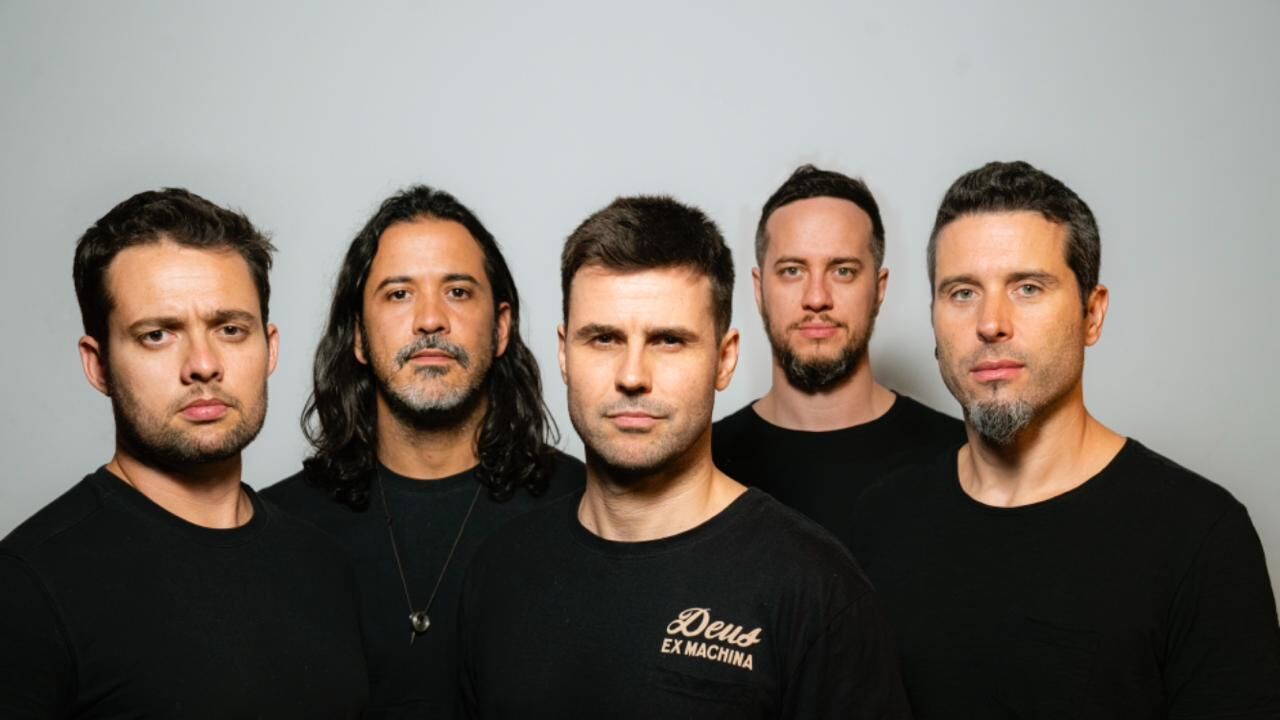 “We all develop a self-image that we want to show to the world. We make decisions and
actions that feed that image and in the attempt of making it real we end up believing that is
what we are. (EGO) Little by little, our frantic and desperate effort to keep this illusion
gradually blinds us to what we truly are. (KILL) Our true self is a silent witness of our essence,
completely independent of the character, and with full potential for anything. (TALENT)”

Google identified Ego Kill Talent’s vibrant debut album as one of the twenty (20) most
relevant artists of 2017. It became a Top 50 Viral Spotify release in the UK, France, Portugal
and Brazil. It also attained Spotify “Playlisting” in the U.S., Canada, France, Mexico, UK,
Portugal and Spain, racking up over 20 million plays on streaming platforms.

Formed by, Jonathan Correa (vocals), Jean Dolabella (drums and guitars), Raphael Miranda
(drums, bass), Niper Boaventura (guitar, bass), and Theo Van Der Loo (bass, guitars), Ego
Kill Talent (an abbreviation of the saying “too much ego will kill your talent”) toured Europe for
the first time in 2017, playing Download Festival Paris, the legendary Arènes de Nîmes
supporting System of a Down and the iconic Melkweg in Amsterdam. In addition, performed
at premiere festivals in South America, including Rock In Rio, Planeta Altantida and Santiago
Gets Louder (Chile).

From the beginning the band has connected with the preeminent and iconic artists of Rock
and Roll. 2018 included stadium tours with the Foo Fighters and Queens of the Stone Age in
Brazil, followed by a European tour with Shinedown and another supporting the Dutch band
Within Temptation.

As we roll towards 2020, the band recently wrapped their second album at the famed 606
Studios, owned by The Foo Fighters which will feature 12 tracks with special guests John
Dolmayan (System of a Down), Roy Mayorga (Stone Sour) and skateboarder Bob Burnquist
(13 times X Games Champion).

EKT are also in the final stages of completing a global recording deal that will be announced
shortly. The first single is slated to be released in April and full album, mid-June, 2020.
Again, EKT will have the fortune of touring Brazilian stadiums with Metallica and Greta Van
Fleet in April. Then, make their U.S. debut in May before heading back to Europe in June for
Festival Season. Other significant happenings include joining C3 Artist Management and
William Morris Endeavor for global booking.

“When Rock music is made with emotion and truth, it really touches us. I believe we have
captured something that encompasses all of these feelings”, says Theo Van Der Loo
regarding the messages featured within the album. “All the lyrics and musical creation are
part of a questioning process. The intention is to use these questions as paths to free
ourselves from anything that causes us pain”, he adds.