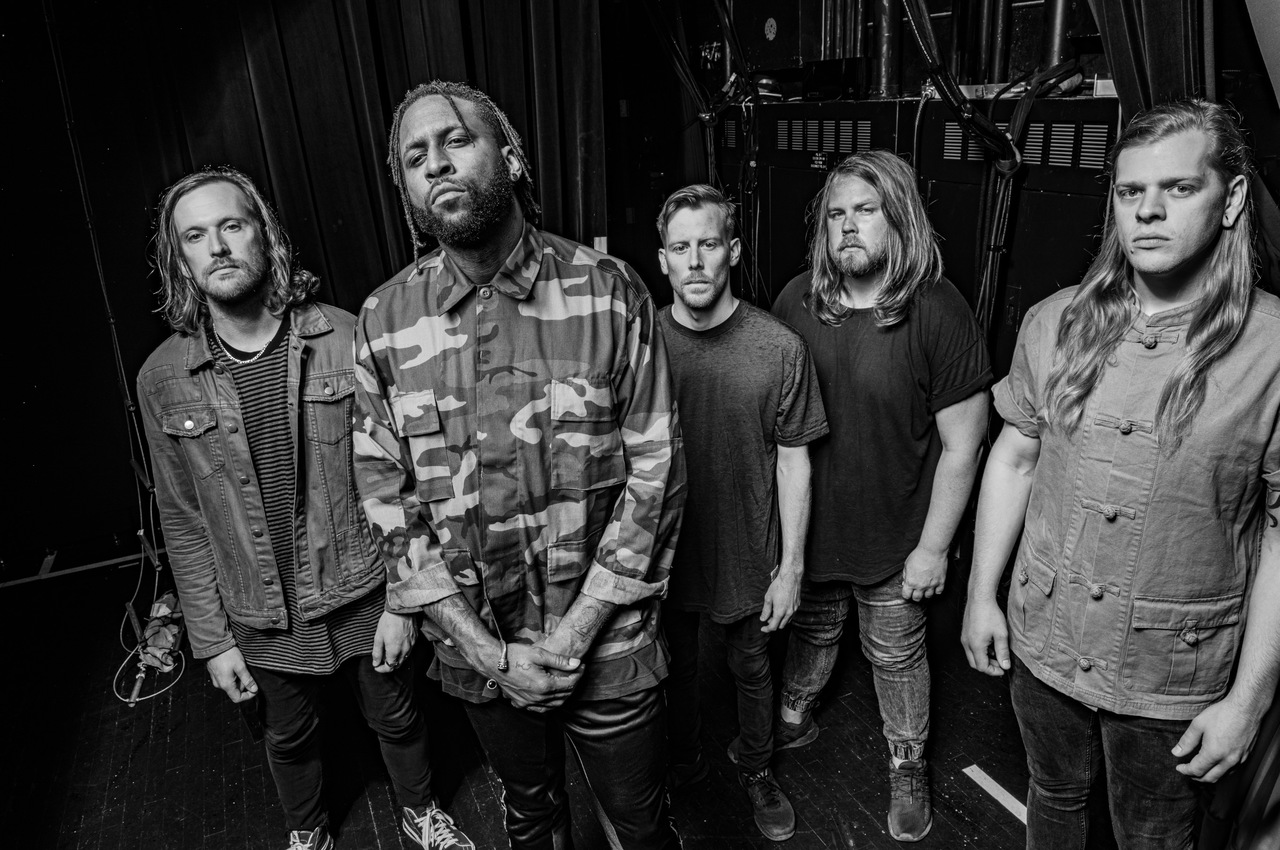 Fire From The Gods

For some artists making music isn't a choice, it's fueled by something larger than themselves. This is undoubtedly true of Fire From The Gods who sesecond full-length American Sun sees them adopting the tagline “In Us We Trust” meaning “we the people” are responsible for change; a unifying statement in order to try to prevent society from succumbing to the growing malaise brought on by soul-sucking technology, divisive politics and environmental destruction. “With this record what we're trying to drive home is that our differences and where we are from doesn't need to define who we are moving forward,” frontman AJ Channer explains. “Like [2016's] Narrative I'm telling the story from my perspective, but it's a story that people from all walks of life can relate to in the sense that we all face the same challenges... and the only way to conquer them is if we face them
together.”

Fire From the Gods have experienced their share of ups and downs since the Austin, Texas-based act released their David Bendeth-produced (Breaking Benjamin, Paramore) debut three years ago. Since then, the band—which also features drummer Richard Wicander, guitarists Drew Walker and Jameson Teat and bassist Bonner Baker—have toured incessantly with acts like Born Of Osiris and Of Mice & Men, played festivals ranging from the Vans Warped Tour to Mexico's Force Fest,re-released their debut as The Narrative Untold featuring new songs produced by Jonathan Davis of Korn and spread their message to fans all
over the world. However instead of resting on their laurels, the act doubled down on their message with American Sun . “I think this record is a lot more personal because I've become a lot more open about who I am and what I've had to deal with,” Channer explains. Channer spent his childhood shuffling between London, New York, Los Angeles, Norfolk and Ghana, giving him a unique perspective on the world, however the issues that he's dealt with such as anxiety, depression, anger, rejection and loss are universal.

This is evident on the album's first single “Not Built To Collapse (Truth To The Weak).” “It started out as this triumphant call-to-action sort of song but like everything with Fire From The Gods and a lot of my writing, it's centered around self-reflection, being self-aware and, most importantly, accepting responsibility for your actions. Over driving drums and relentless riffing, the song sees Channer alternating between hip-hop rhyming and melodic singing as he spits lyrics like, “Let that boy speak / he bringing truth to the weak.” “That line is about the fact that there's always someone that's going to try to shut you down, even if it's your own fear of rejection or being told your not good enough,” he explains. “There's always someone with a louder mouth than you saying that you don't know what you're talking about. That is what the protagonist in the story of American Sun is struggling with throughout the album.”

American Sun was recorded, engineered and mixed by Erik Ron
(Godsmack, Issues) over a two-month period in Los Angeles, which was a new experience for the band and one that lent itself to creating a nuanced album that grows more engaging with each listen. While the band only had a brief yet productive window of time to write and record Narrative , for American Sun the band were able to take their time when it came to not only the songwriting but also to the album's instrumentation and arrangements. “The songs on this album are the culmination of a lot of different sessions which I think was quite beneficial because we were in a lot of different moods at certain points in the writing process,” Wicander says. “Being in LA with so much time really helped us be able to curate everything and get it exactly how we wanted it.” However the band also stayed open to allowing things to happen spontaneously, which is evidenced in the syncopated, hip-hop anthem “They Don't Like It,” a song that came together organically during a one-day burst of inspiration.

Since the current lineup of the act coalesced in 2015, Fire From The Gods have integrated elements of metal, rock, hip-hop and modern rock into their sound, however they never do it in a way that's methodical or contrived. “If the song calls for screaming and angry vocals I'll do that and if it calls for something a little more melodic that's what I do, it's just about the emotion of the song and how I'm feeling at the moment,” Channer explains. “I like to
say we wrote a rock record with a hip-hop ethos.” From the radio-ready hook of the opener “Victory” to the detuned groove of “All My Heroes Are Dead,” the music on American Sun is less about trying to recreate an already successful sound and more about inspiring an emotion that resonates with the listener. “People talk about emo music but in all truth and fairness I feel like all music is emotional. If music doesn't evoke an emotion why are you doing it or why are you listening to it?” he continues.“If I can create something that touches somebody and make them feel the message of the song, that's ultimately my goal,” he adds.

“You can be stronger than your past, you can be stronger than the influences that are out there,” Channer says of the “cannibal mind” that wants to consume us all. More than ever somebody needs to step up to be the voice of the voiceless—and with American Sun , Fire From The God shave ambitiously taken on that task and crafted a truly timeless album in the process.