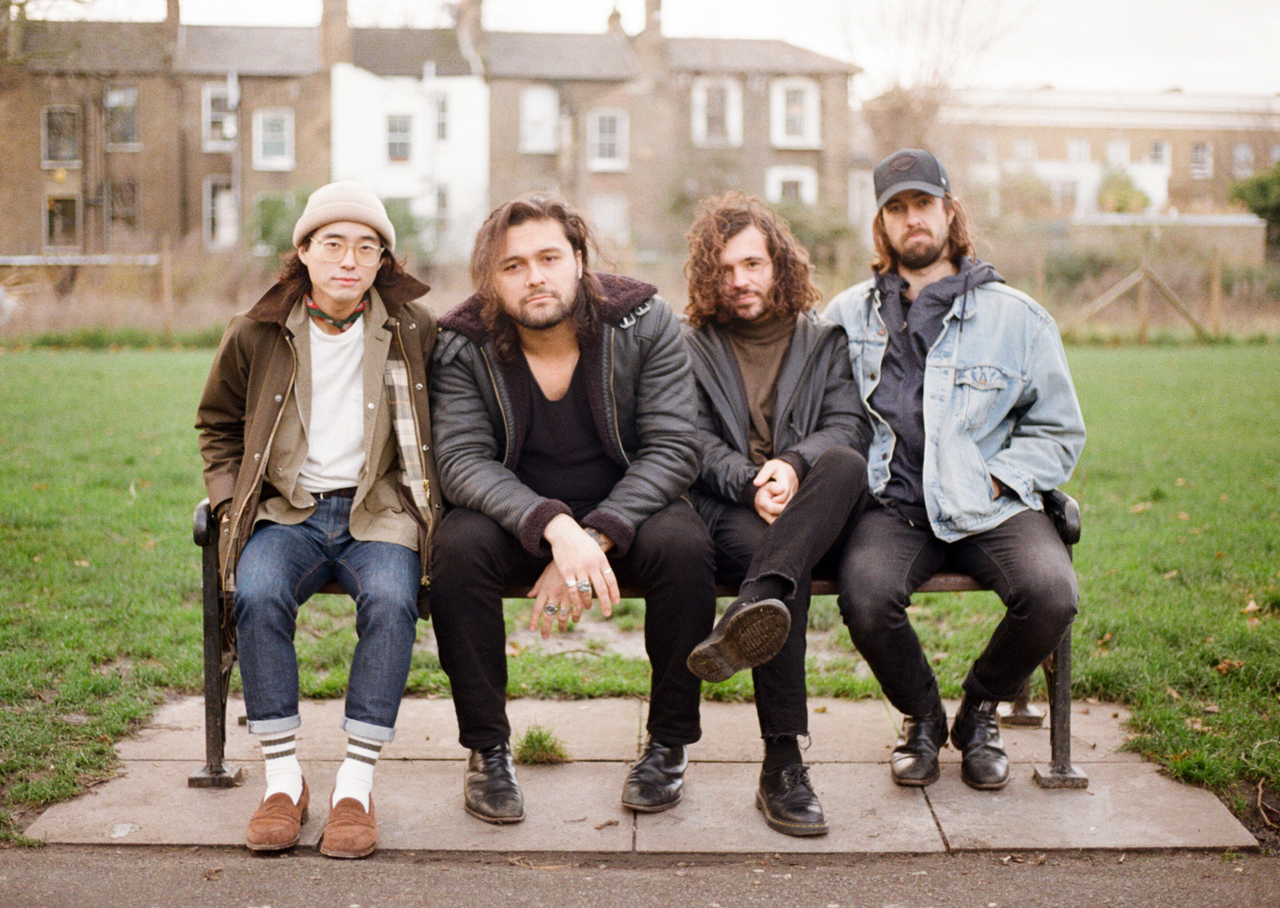 The holiness of love, the chaos and rapture of surviving against all odds, these are what drive Gang of Youths. A five piece from Sydney founded in the confines of their religious youth, enchanted by the spectacle of worship and deliverance, it’s no wonder their music burns with the desperation of apocalypse. With singer Dave Le’aupepe’s lyrics drawn from some of the most miserable life experiences available to humanity, and the band’s music taking cues from rock history’s most ambitious and theatrical preachers, Gang of Youths drag the beauty out of everything from hell to high heaven.

Debuting in 2013 with smouldering single “‘Evangelists”’, they were met with instant radio play and praise. Only just out of high school, Le’aupepe was already planning to marry his girlfriend, settle down, and leave his dreams of music behind, but the band’s first brush with recognition suggested there could be more to life than the path that had seemed so obviously laid before him. Things moved quickly: the band started their own record label, Mosy Recordings, got snatched up for really great support slots with Vampire Weekend, Foster The People, Manchester Orchestra, Frightened Rabbit. But as soon as the band let themselves get their hopes up, Le’aupepe would begin the worst period of his life.

Le’aupepe’s soon-to-be wife was diagnosed with lung cancer after a melanoma on her ear metastasized. He began writing the songs that would eventually become their debut record so she had something to listen to in hospital. After they married, the band went into a studio in New York to track the new record. Working with producer Kevin McMahon (Swans, Rhett Miller, Titus Andronicus) and with Peter Katis (The National, Local Natives, Frightened Rabbit) mixing, they’d assembled a dream team - just one of the peaks that would contrast against the tragedy unfolding in Le’aupepe’s life.

Le’aupepe’s wife survived, but the relationship had other problems. Struggling to balance his commitments to the band - his closest friends - against his commitments to his marriage, unable to enjoy success with one while the other was breaking down, and feeling unworthy of happiness, Le’aupepe was dragged into self-destruction. “I was secretive, unkind, abusing drink and drugs,” Le’aupepe says. The breakdown of his marriage and later attempted suicide were where Dave finally bottomed out, but the rest of the band were there to help him climb back up. “I don’t ever wanna be unkind again,” Le’aupepe says. “I’ll spend the rest of my life repaying them for sticking with me.”

Out of all that trauma and regret, Gang of Youths drew THE POSITIONS. Praised worldwide for its sincerity and nuance, blending the melodrama of rock’s greatest traditions with piercing, hyperliterate lyrics, THE POSITIONS demolished any lingering notions of a pop/alternative dichotomy. Dave was also finding a new lease on life, finding strength in the band and the women in his family, including his young niece whose middle name, Magnolia, was taken from the title of THE POSITIONS’ most triumphant song.

Debuting at #5 on the ARIA Charts and embraced by youth tastemaker triple j, THE POSITIONS became the soundtrack for the Australian winter in 2015, with the band embarking on a national tour to support the record. It was the first time much of the country was seeing Gang of Youths up close, and they were charmed in every state. Reports praised their thumping live sets for living up to their songs’ stadium-sized ambitions, stating that the band were a guaranteed success.

A year later the band released LET ME BE CLEAR,following on the success of their 2014 five-ARIA-Award-nominated debut album THE POSITIONS. Addressing similar themes of loss and heartbreak trumped by togetherness, the EP also showed the band expanding their scope with sweeping string arrangements and renewed dedication to songs as epic declarations of feeling. The band hoped to achieve admirable and genuine things with this new release, as said by Leau’pepe, “I want to make the most hopeful, life-affirming music possible. We want listeners to feel affirmed, to feel hopeful, and feel more. That’s the most important thing we want to accomplish”.

Once again scoring glowing praise across the board, LET ME BE CLEAR cemented Gang of Youths as mainstays of the Australian music landscape. After the success of their UK, European and USA tour, Gang Of Youths came back to Australian shores and rocked crowds and critics alike with stellar performances at Byron Bay’s Splendour In The Grass and St. Jerome’s Laneway, featuring songs from LET ME BE CLEAR, and also teasing fans with a taste of their highly-anticipated sophomore album GO FARTHER IN LIGHTNESS which had everyone raving about the performance.

Having since given up their day jobs to throw their all into the band, they began laying the blueprint for the next chapter of their lives, showing no signs of slowing down at all.

Part of that was launching their record label internationally, seeking to recreate the precious autonomy that’d paid off so richly with THE POSITIONS. Another was relocating to London to find a permanent home for the band as a unit. Having spent the past few years shuffling between Australia, the US, and the UK, their hand was forced when keyboardist Jung Kim’s Australian visa was cancelled, and rather than split the group across continents, they chose to embark together on northern soil.

Marking the start of their new lives, Gang Of Youths released their highly anticipated sophomore album GO FARTHER IN LIGHTNESS, a nod towards the optimism and kindness the band have found by surviving their various ordeals, this new record continues the work that has already so indelibly imprinted on fans across the world. Attempting to compartmentalise the past five years into 16 tracks was no mean feat, but the band came away with songs which encourage listeners to persevere as they’ve tried to, empathising with those who’ve brushed up against death, suffering and loss every step of the way.

The album was received with great critical acclaim, debuting at #1 on the ARIA Charts and securing triple j’s feature album. The colossal year continued for the band, taking out a total of four 2017 ARIA Awards for GO FARTHER IN LIGHTNESS, including Best Group, Best Rock Album, Producer Of The Year and the prestigious Apple Music Album Of The Year, cementing their status as one of Australia’s leading rock bands.

The 2018 account for Gang Of Youths opened up with three tracks from GO FARTHER IN LIGHTNESS charting in the Top 10 of triple j’s Hottest 100, making them the third act to reach this achievement in Hottest 100 history. “What Can I Do If The Fire Goes Out?” was voted #10, “The Deepest Sighs, the Frankest Shadows” reached #5, and “Let Me Down Easy” hitting #2. Gang Of Youths’ Like A Version of The Middle Easts’ “Blood” also made it into the countdown, sitting at #41.

In May 2018 they announced the Australian ‘Say Yes To Life Tour’. The tour went on sell over 50,000 tickets across Australia, and broke the record for the highest consecutive shows sold out at the Forum Theatre in Melbourne (8). The tour included the launch of their very own festival ‘A More Perfect Union’ in Brisbane which sold 8,000 tickets in 30 mins.