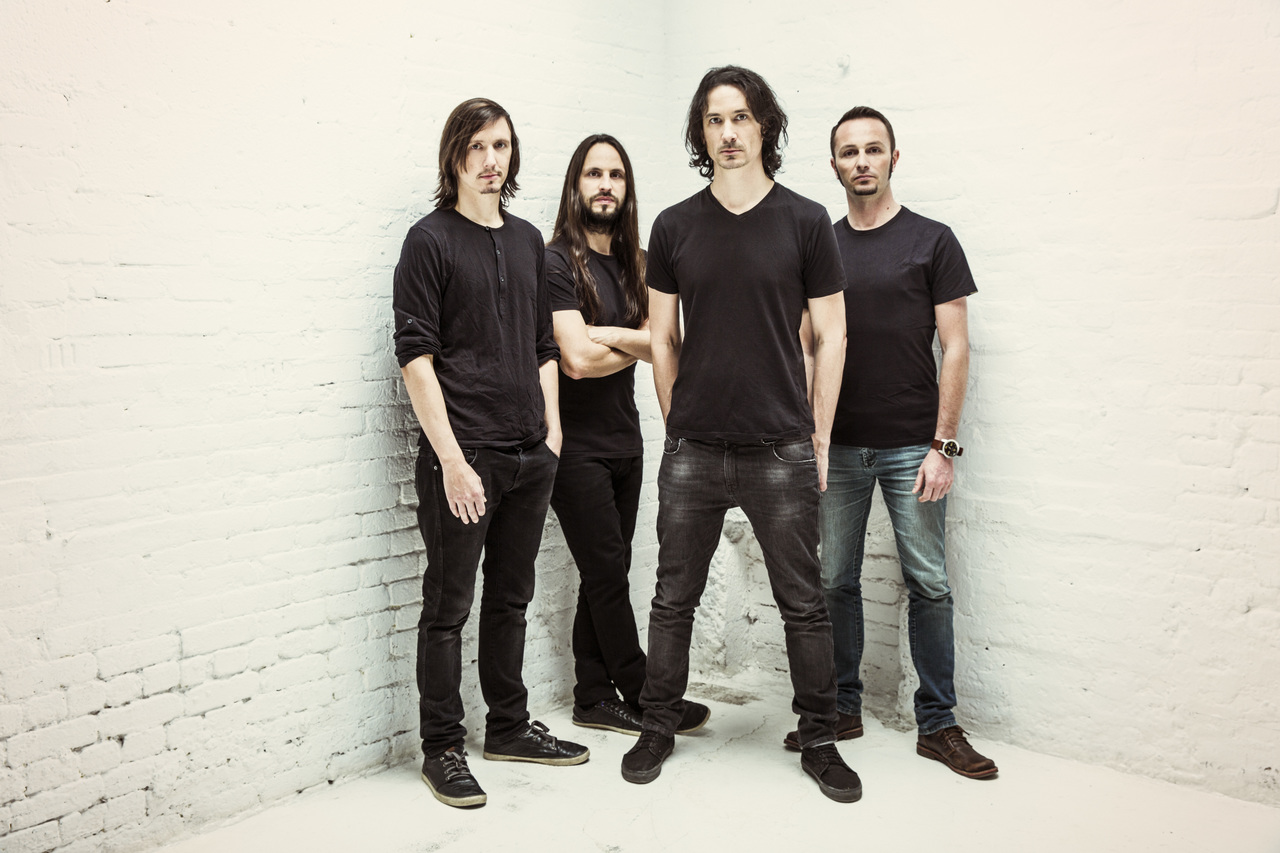 Magma causes volcanic eruptions. Lying beneath the ground’s surface, this molten material engages the earth to unleash its own lifeblood.

Gojira incite a similar release on their sixth full-length album and second for Roadrunner Records, Magma. Fueled by unbridled emotion, the ten tracks confront the fragility of life, the aftershocks of loss, and what lies beyond this realm. Musically, the French quartet—brothers Joe Duplantier [vocals, guitar] and Mario Duplantier [drums], Christian Andreu [guitar], and Jean-Michel Labadie [bass]—gracefully swings between quaking and quivering guitars, mind-bending percussion, chillingly elegant melodies, and cosmic atmospherics. The band has always dealt in extremes, uncovering light in darkness and finding beauty in heaviness. Magma continues that tradition, while expanding the sonic palette.

From top to bottom, these ten tracks represent Gojira at their most passionate, powerful, and pure uninhibited by the any outside influences and literally in its own sphere. Mario can trace the record’s origins to writing sessions on the back of the bus as they supported Slayer across North America in late 2013. They’d continue penning music on the road, but Joe set out to build a creative haven upon returning to Brooklyn, NY in 2014. He personally envisioned, designed, and oversaw the construction of his own Silver Cord Studio over the course of six months.

“We always choose the hard way,” Joe smiles. “We literally put the walls together and fine-tuned every aspect of the space. It was worth it at the end because we had our own place to make music.”

By the time construction concluded, the musicians decided to produce, mix, and record Magma without the input of an outside producer. “There was something precious about it,” Mario admits. “We began our career doing everything by ourselves, so we felt like we should do this album that way. We composed eighty percent of the music together in the studio. Everybody was on the same page.”

The first single “Stranded” tempers a wailing banshee whammy screech with a death march of distortion and drums. Amidst the sonic groundswell, Joe delivers a hypnotic chant. The battering ram riffing of “Silvera” spirals out into a metallic explosion that ruptures the senses. The trudging guitars of “Shooting Star” see the frontman paint a breathtaking picture of ascension to the heavens, simultaneously highlighting his vocal vulnerability. The airy instrumental “Yellow Stone” offers a reprieve mid-album before building into the ponderously pummeling climax of “Only Pain” and “Low Lands.” Everything culminates on the delicate solo jam between Joe and Mario—“Liberation.”

The group has challenged itself and heavy music since forming in 1996. Their 2012 offering, L’Enfant Sauvage, garnered unanimous critical applause courtesy of Pitchfork, Q Magazine, Alternative Press, The Guardian and more. Metallica, Slayer, and Mastodon have all invited the band on tour in addition to show-stopping festival performances at Download Festival, Rock on the Range, Slipknot’s KNOTFEST, and many others. They’ve earned fans in everybody from James Hetfield and Slash to Deftones and Lamb of God. Cataloging two years on the road, they released a live CD/DVD and photo book Les Enfants Sauvages in 2014.

Now, Magma stands emblematic of the group’s past, present, and future.

“This album is Gojira in 2016,” Mario concludes. “It’s the balance of everything we do and our most honest statement.”

“I hope people enjoy the trip,” Joe leaves off. “I hope they can disconnect from the chaos of their lives for an hour and have a nice moment of raw emotion and energy. Even though we went through a hard time, we put everything we could into this. It’s the pure essence of what we are now.”